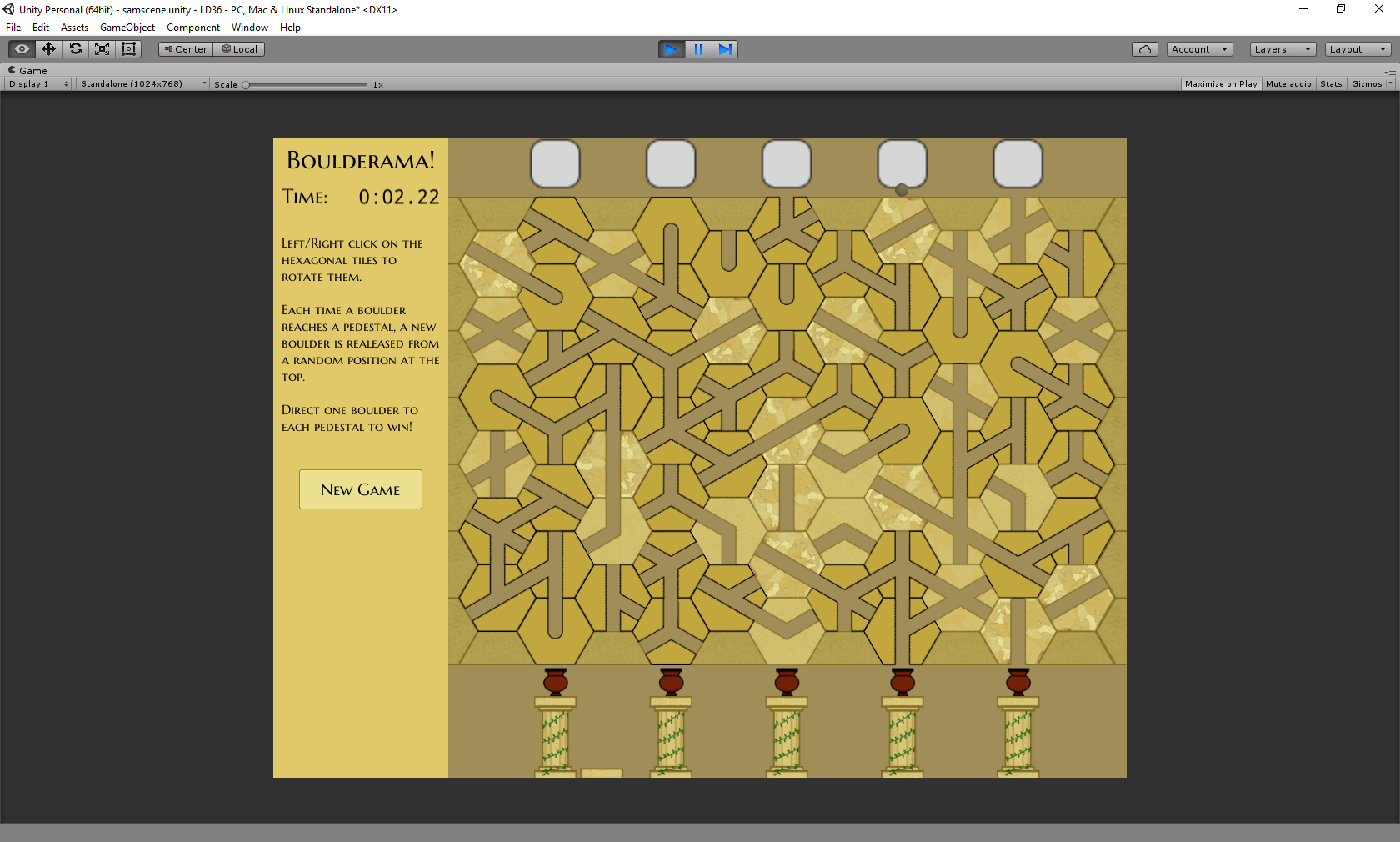 We managed to make some good progress on our game today. The screenshot above, taken by my brother earlier on this afternoon, shows the state our game was in, and we have since made further developments.

Main points of development for today were:

We have one more day in which to finish our game, which should just involve touching up the sprites, as well as recording some undoubtedly amusing SFX for the game. I am well known for recording my own sounds for my games ‘a capella’, so expect some great boulder rolling sounds, etc.