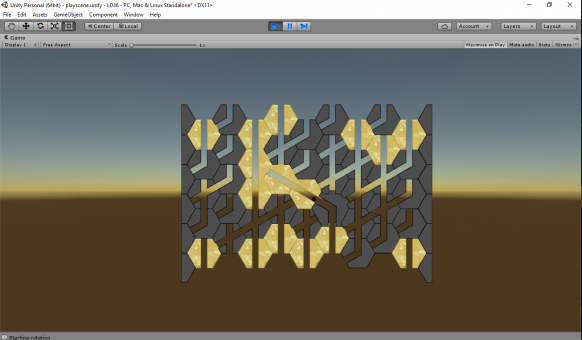 Today was quite a slow day in terms of productivity, largely not helped by the fact that we didn’t decide on our final idea until around midday, also not aided by difficulties we had syncing the files we shared on the cloud. However, the picture above shows the progress we’ve made so far.

The main achievements are having:

Main points to work on on day 2 are to:

It’s been a bit of a strange day, and working with somebody else on a game is something I’ve had to get used to, but it has been largely enjoyable. Ironically, we possibly didn’t actually achieve as much today as we would have done if we were working independently, but we were getting into the swing of things, and I’m sure that tomorrow will be considerably more productive. Hopefully within the next 24 hours we’ll actually have a playable game!