Although the game I’m creating for the Unity Course Community Jam is inherently 2D in nature, having a fixed, orthographic camera, I wanted to include 3D models. My motivation for this decision is a combination of the fact that I’ve been doing a lot of work in Blender recently creating 3D models, as well as the fact that, to date, I’ve only ever released games featuring 2D drawn sprites. Thus, I felt that this change would both demonstrate my abilities working in 3D and also give this game a different art style to my previous works.

I started by created a very simple model in Blender. I didn’t want to make it too complicated for a large number of reasons, including: 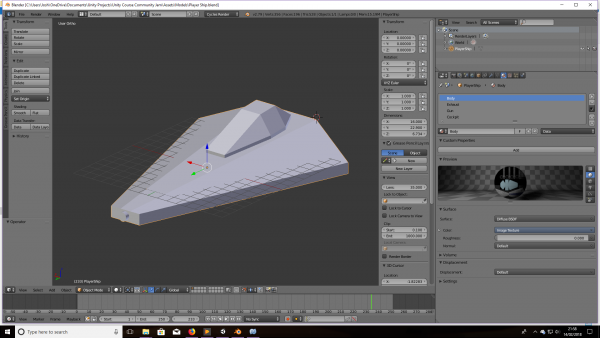 The next step was to ‘unwrap’ the model, which essentially involves creating a flat net for it. This process involves choosing edges of the model to denote as seams, which are essentially points where you’d cut/stick the model together. This results in a UV map. As you can see, the UV map for my player ship model is relatively simplistic. 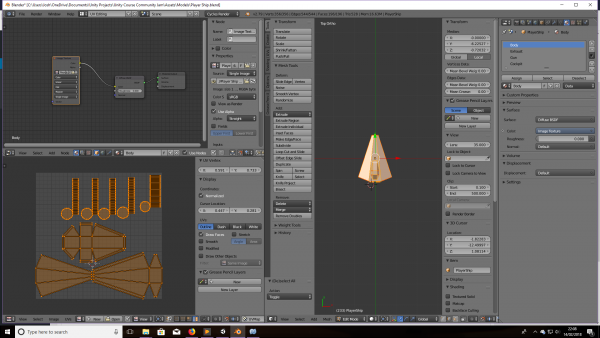 I then imported the UV map into a graphics package to begin creating the textures for the model. In this instance, I used Paint.net, which is a package I am familiar and comfortable working with. I worked in different layers, building up the textures with blocks of colour and the use of grunge maps. This formed my colour texture map, which you can see below. 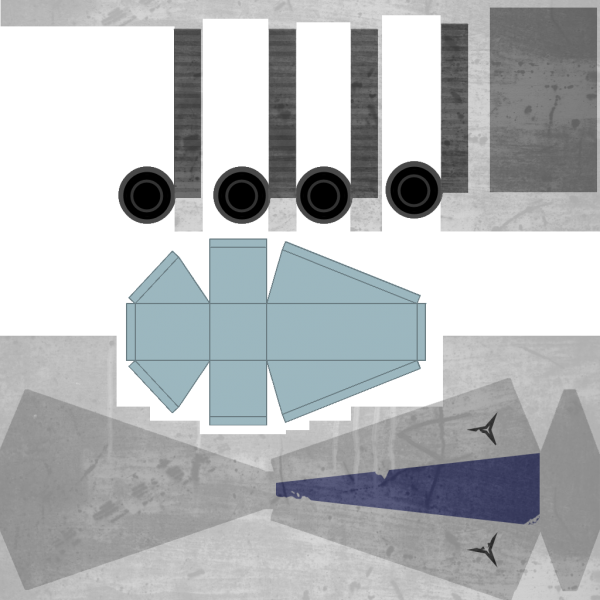 I then imported this into GIMP, a package that I’m less confident with, in order to create a normal map. A normal map essentially ‘fakes’ surface details such as lumps and bumps. Adding this is a model gives it more of a 3D feel without the need to add more detail to the actual model through increasing the polygon count. 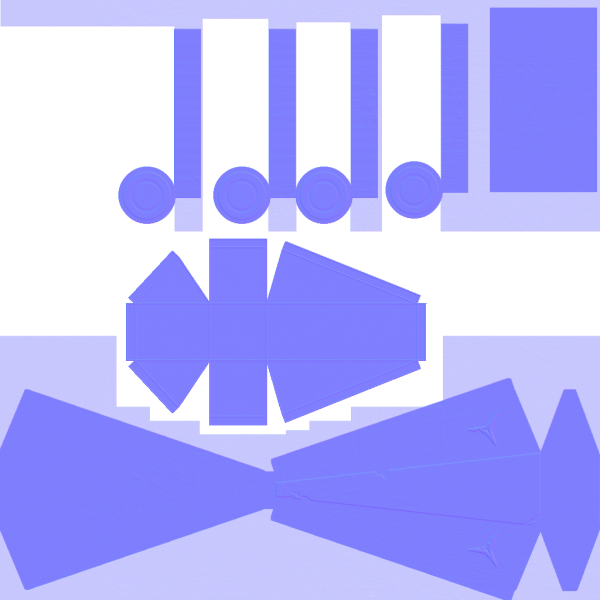 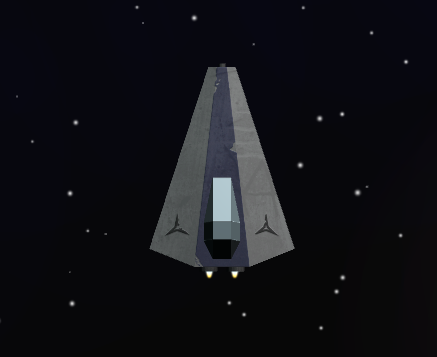