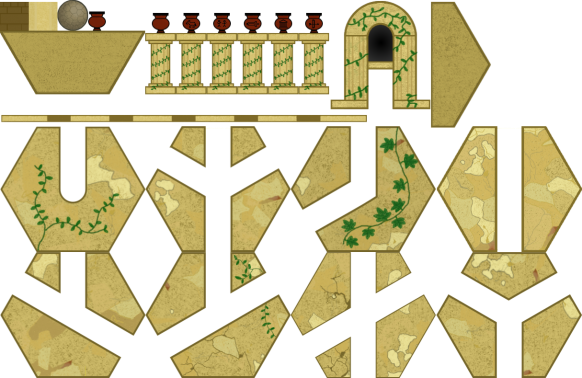 Usually when I make a game I work solo, meaning that I have to do everything myself, including writing code, drawing sprites, creating animations, and recording sound effects. Working with my brother on this occasion meant that we split the work up, as, for example, we couldn’t realistically both write code at the same time. We initially tried to both have the Unity project open at the same time, with any changes syncing over the cloud, but this created all sorts of syncing problems, file duplication, etc. As such, I left the actual game making to my brother, whilst I focused more on drawing the sprites.

It felt strange to focus on one element, but it was also refreshing to be able to pour all of my time and attention into creating the sprites for the game. I used Inkscape and Paint.NET, my two favourite tools for graphic design. I also utilised my graphics tablet, which I enjoy using far too much! I explored layers properly for the first time, allowing me to build up the sprites I was creating and add extra detail. Unfortunately, some of the sprites, such as the boulder, are too small to truly appreciate in the game, but hopefully you can see them a bit clearer in the image above, which includes all of the sprites I created for the game.