Ludum Dare 40 took place at the beginning of the month. Having only recently really gotten back into game development, I felt in a good place to participate on my own (having collaborated with my brother during LD36 and LD39) The theme for the event was ‘The more you have, the worse it is’, so I plucked for a speed-runner-esque game where you’re gaining speed and have to avoid various obstacles on the screen. Only, in an effort to be topical for the time of year, my game is about skiing! 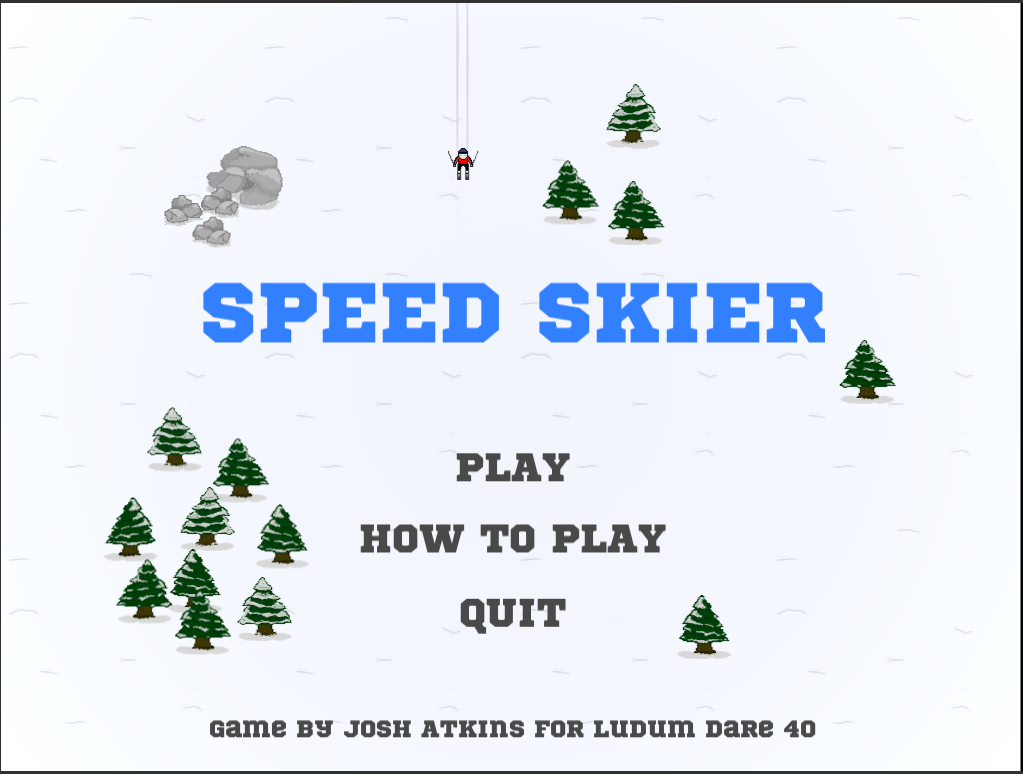 My main difficulty over the weekend was commitment: I had quite a lot else going on, so wasn’t able to dedicate myself to creating my game, as I’d usually do, and would ideally like to do. This meant that I physically didn’t have enough time to create the size of game that I wished to create; having said that, I’m very happy with what I managed to produce. Amusingly, the coding itself was quite possible the easiest part for me: the toughest and most time-consuming aspect being creating the course. This involved the placement of individual obstacles (trees and rocks) to create a unique course. However, having all the obstacles on the course at once greatly impacted on the game’s performance, so I ended up having to instantiate different sections of the course as you go along, and then destroying old sections once they’ve passed. 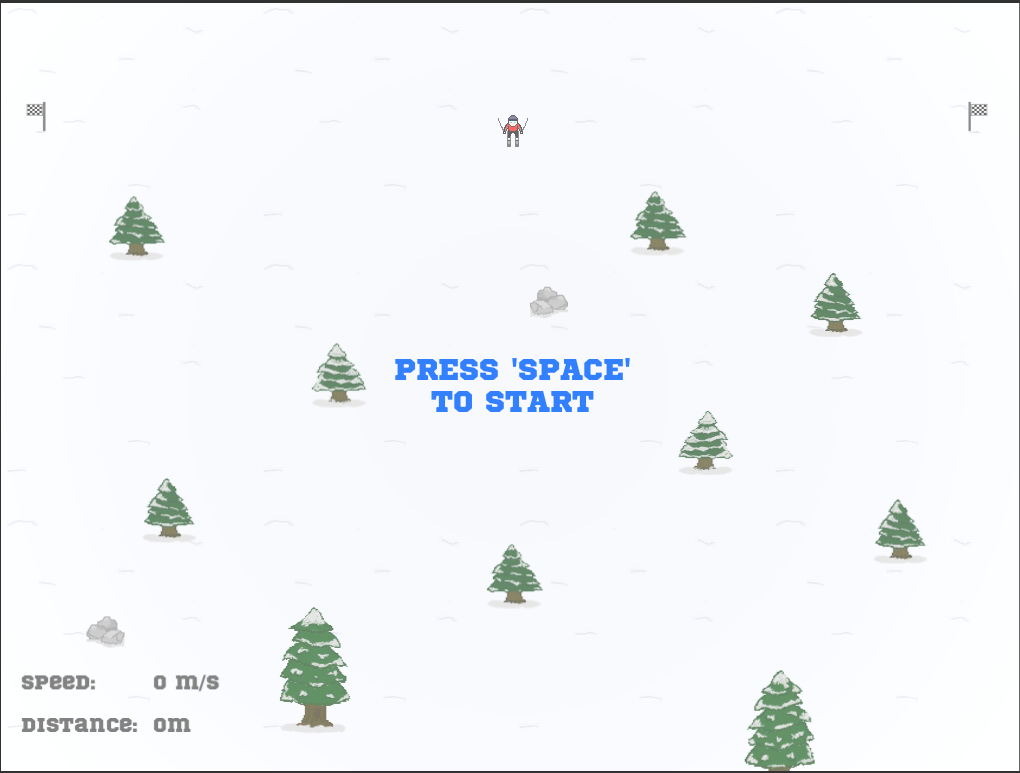 The other thing I struggled with were the ski tracks that are left behind as you head down the slope. I had them being instantiated at the player’s position at regular intervals, but as the player ‘speeds up’, what actually happens is that they jump further and further each frame, meaning that gaps begin to emerge between the individual track sprites. Still, a bit (a lot!) of tweaking resulted in a reasonable look. 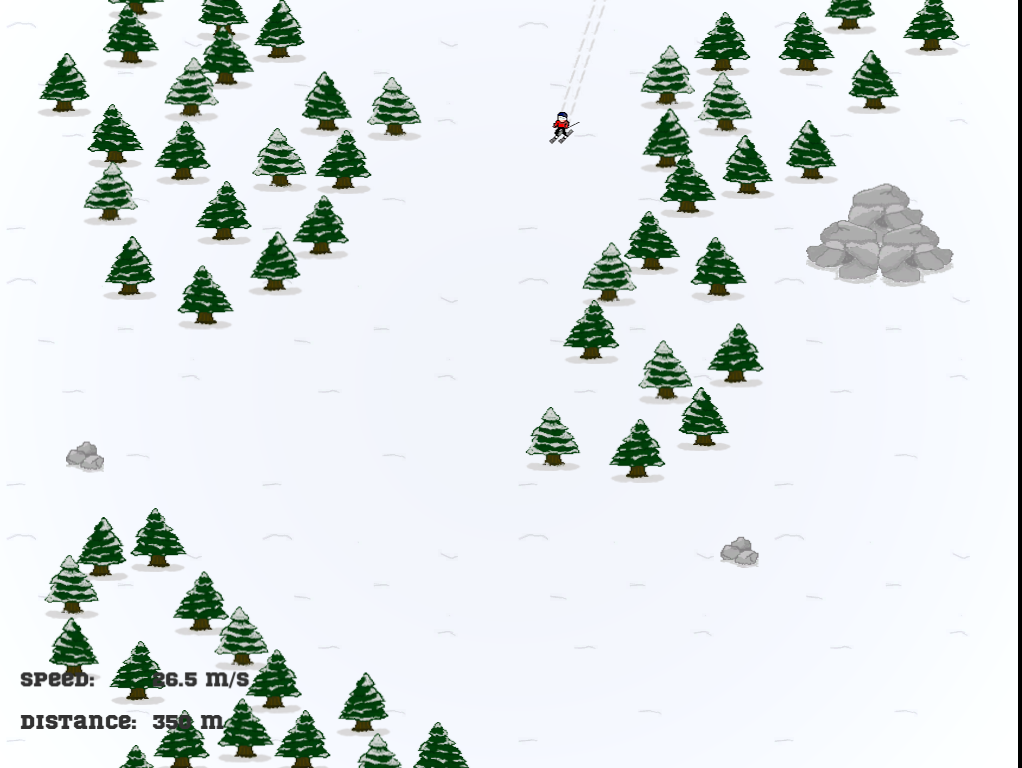 This was also the first time I’d tried recording my own music properly, as my previous efforts had only ever been a cappella. I had a really great time experimenting with different sounds using Soundtrap, and ultimately came up with a sound that I was satisfied with. The music itself slowly gets faster as the player speeds up in the game, although I possibly could have excentuated this more.

To go straight to the game page to play it, click here.